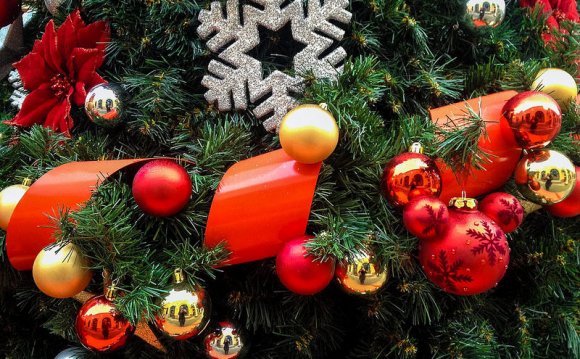 It seems inevitable that Samson Trinh, just who when helmed an affectionate big-band remake of Beatles’ “Abbey Road, ” would discover iconic, emotional songbook of Christmas to be irresistible. The only shock is the fact that it took him eight many years to do it.

Trinh’s Upper East Side Big Band is releasing a Christmas time record album decked with a variety of Richmond people and a glittering sequence of smart productions evoking — often at one time — Brian Wilson, Phil Spector and Walt Disney.

“You see a lot of pop music musicians putting completely xmas collections, ” Trinh claims. “And all of them use the exact same arrangements. There's absolutely no heart here. My goal was to make an epic Christmas Time record album with heart, to try out it live in the studio with as much tools and vocalists as you possibly can.”

The sessions occurred within the intimate confines of No BS Brass drummer Lance Koehler’s Minimum Wage Studio, the vibes-soaked epicenter of local songs also crucial to be called historic. Trinh ran a fruitful Kickstarter promotion in October that exceeded its $10, 000 objective, raising $11, 984. That purchased musicians, track legal rights, photographers, filmmakers and engineering and CD circulation. Trinh claims video clip useful for Kickstarter trailers was posted to WCVE as a documentary in hopes that it will air all over holidays.

“The spending plan ended up being hard, you can find over 60 performers, ” claims Trinh, just who works a daytime gig as an elementary school instructor and shows ukulele courses. “i obtained no sleep, and whenever there clearly was a recording date, I'd around 2 days to create on two new plans, while operating the Kickstarter promotion. Dealing with business and music in addition is hard. Generally, when we recorded which was the 1st time the performers read the piece.”

The album opens with “All i'd like for Christmas Is You.” Trinh’s arrangement was a bracing, brass-knuckled opener for Emme St. James’ 2013 Christmas record album. This new simply take, sung by Laura Ann Singh, has actually a far gentler touch.

The original “Turn Your Tube On” is a seashore Boys-flavored, nostalgia-tinged salute to perennial getaway shows. It’s followed closely by two reanimated ’60s artifacts of this televised custom: “Christmas Don’t Be Late, ” popular for the cartoon “Alvin and Chipmunks, ” and “Christmas Time is here now, ” the Vince Guaraldi hit from the Charlie Brown unique. Trinh is a heart-on-his-sleeve maximalist — even in the quieter moments, a crowd of some ideas jostles when you look at the history.

Everything wraps with John Lennon’s “Happy christmas (War Is Over).” The tune begins simply, with Singh’s plaintive singing and extra pizzicato strings, a children’s choir joins in, and it is all embroiled in a tidal trend of horns and drums, pausing for a quick little electric guitar strumming, then relaunching into a five-minute coda. The prolonged ending creates contrapuntal tunes into a multitracked anthem far sunnier than Lennon’s more than vaguely dyspeptic initial.

There are a lot of components in Trinh’s cheery Christmas mixture, and never even a flyspeck of cynicism.

Samson Trinh will do the xmas record three times in 2010: in the Coalition Theater on Dec. 5, at Hardywood Park Craft Brewery on Dec. 11, and also for the formal CD launch Dec. 19 at Ashland coffee-and Tea.