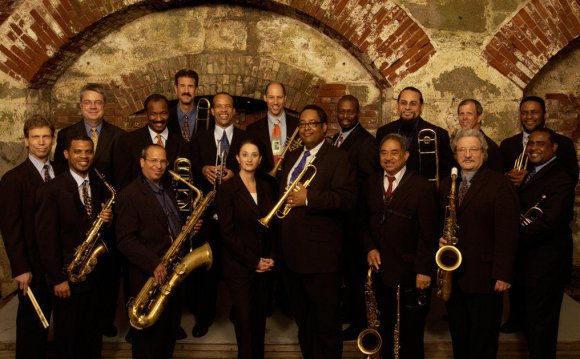 Congratulations to Michael Conrad for their winning submission towards Arranging Ellington project! Our review panel ended up being impressed because of the level and inventiveness out of all the submissions, but Michael’s arrangement of “Come Sunday” was specially remarkable.

As a result of good quality of submissions we obtained, we now have determined that two other plans through the project will also be carried out during the concert on March 30th at Carnegie Hall. We would like to congratulate Dan O’Brien and Stephanie Wieseler on becoming chosen to own their particular plans performed this springtime.

The organizing task is one part of this season’s Creative Learning venture, which shines the limelight on Duke Ellington’s sacred songs, several of the most committed and heartfelt music of their popular job. Very first heard during three historic concerts in the 1960s and 1970s, these popular works will likely to be carried out this spring by hundreds of pupil singers and instrumentalists from new york in collaboration with of today’s brightest jazz soloists.

Creative work by New York teens should be showcased in a show on Sunday March 30, 2014, along side two brand-new arrangements from Musical Exchange people like you.

Note: If you feature devices instead of this listing, your arrangement will never be eligible to be performed in the concert.

Project artist Darcy James Argue are going to be publishing blogs and resources and providing comments regularly throughout the project. We encourage that share work happening for feedback, and comment on the job of one's peers.

Last arrangements should be posted through Musical Exchange no later than . Selected plans are going to be established by the end of January 2014.

Duke Ellington is known for composing for certain characters for the performers in his musical organization. We want to give you similar chance by revealing with you the brands of a number of the musicians who can be carrying out your songs. We will introduce extra artists while the project progresses.

In the Mood – The Carnegie Hall Jazz Band